The ultras of Fiorentina have erected menacing banners outside the club’s stadium, threatening Dusan Vlahovic ahead of his anticipated transfer to Juventus.

Arsenal and Tottenham are among the teams interested in signing the 21-year-old this month. The striker, though, is close to joining Juventus. (Source: Gazzetta dello Sport)

His decision, however, has angered Fiorentina’s fans, who have erected a series of threatening banners outside the Artemio Franchi Stadium.

“Le tue guardie non ti salveranno la vita,” one said. “Zingaro, per te è finite.” Translated by Football Italia, (“Your bodyguards aren’t going to save you. “Gypsy, it’s over for you.”)

Shocking banners hung up in Florence with death threats and racism towards Dusan Vlahovic:

"Your bodyguards won't save you. Gypsy, you're done"

Vlahovic isn’t the first Fiorentina player to join the Juve, as Federico Bernardeschi, Giorgio Chiellini, Juan Cuadrado, and Federicho Chiesa have all done so.

The transfer window closes on Monday, January 31, so it’s unclear whether Vlahovic will make a move this month.

“It’s an important valuation, above €70m as a flat amount with no exchange arrangements and no payment plans,” Fiorentina’s sports director, Daniele Prade, told Sportitalia via the Express. It was placed on us by the president [Rocco Commisso].

“In this case, all of our doors are open because we need to know what the players and his representatives genuinely want to do.” We received a number of significant bids for him. We received many big offers, but no response from his agents.

“There has always been a high level of transparency on our end.” “All of our doors are open,” stated Joe Barone, Fiorentina’s chief executive. 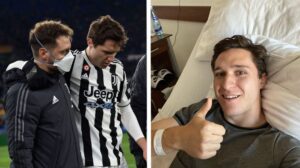 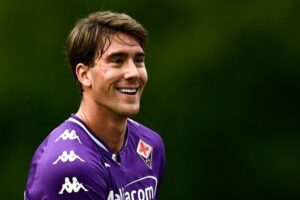 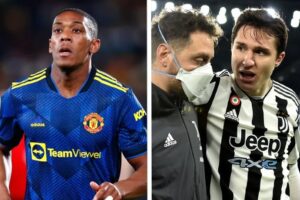