Harry Maguire was subject to criticism once again after a ‘schoolboy’ error in defence for United against Tottenham.

Manchester United scored in the first 120 seconds to take the lead early on. Well, that goal eventually proved to be only a consolation.

Few minutes later, Maguire was a culprit in his own box after a mistimed header and the defender appearing to tackle his own teammate Luke Shaw. Ndombele grabbed the equalizer for Spurs after that error and it was smooth sailing from there.

Three more goals in the first half and two more in the second half saw Jose Mourinho’sside hand United a humiliating 6-1 defeat at Old Trafford.

For a defender who cost £80m, fans on social media are wondering just how much of a mistake the Red Devils might have made.

Harry Maguire dragging Shaw away from the ball is the funniest thing you’ll see today… pic.twitter.com/RMPkPhTUxq

" Hello, is that Greek police ? I think I might have some new evidence on the Maguire case. Can you send me an email? Thanks " pic.twitter.com/0HMVEDadR6 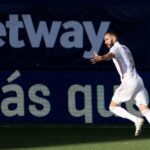 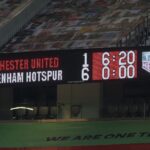