Liverpool are considering signing Ben White in January as a cover for the injured Virgil van Dijk.

Van Dijk suffered an ACL damage in Saturday’s Merseyside derby which could see him miss out the remainder of the season, leaving his side thin on options at the back.

White returned to the Brighton this season after spending the last one on loan at Leeds United. The 23-year-old is on the Reds’ radar, though they remain unsure of his quality. [Football Insider]

Jones wants out of Man United.

Unhappy with being excluded from the Ole Gunnar Solskjaer’s plans this season, Phil Jones is seeking an exit from Manchester United. He is yet to make an appearance in 2020/21 and was also left out of the Champions League squad.

The English center-back wants to make his way back into the national team and hence is seeking pastures new for consistent playing time, even though he likes being at Old Trafford. [The Sun]

Arsenal miss out on Portuguese prodigy.

Arsenal made attempts to land Sporting Lisbon’s wonderkid Joelson Fernandes during the summer transfer window. The winger, however, decided against joining them and instead chose to stay put in Portugal.

The 17-year-old, on advice from his father and agent, committed his future to Sporting with a three-year deal. [Daily Mail]

Following his inspiring start to the season, Tottenham are preparing a bumper contract extension for Son Heung-min. The new deal would ‘sharply’ increase the South Korea international’s wages from the current £150,000-a-week.

Spurs also plan on discussing the futures of Serge Aurier and Erik Lamela, both of whom have a contract until 2022, in the coming weeks. [Daily Mail]

Paris Saint-Germain superstar Kylian Mbappe has displayed no desire to extend his stay at the club beyond June 2022 – when his current contract is set to expire.

With the Frenchman unwilling to sign a new deal, PSG could be forced to sell him next summer out of fear of losing him for a cut-price fee during the final 12 months of his deal, or worse – for free.

Real Madrid have been heavily touted as Mbappe’s next destination with interest also reported from Liverpool. [Le Parisien]

Paris Saint-Germain are preparing to make a move for Inter Milan’s Christian Eriksen during the winter transfer market.

The Danish playmaker has struggled to find his feet in Italy so far after his move from Tottenham last season. Inter are increasingly losing patience and are willing to let him go for €20 million – the same amount they invested for him. [Todofichajes] 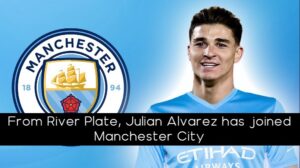 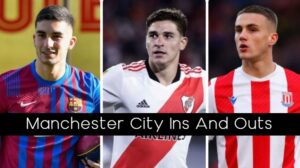 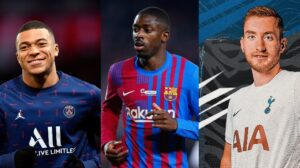