Mauricio Pochettino is a wanted man amid interest from Manchester United and Manchester City. The clubs are considering him as doubts persist over the futures of their respective coaches, Ole Gunnar Solskjaer and Pep Guardiola. [Mirror]

Pochettino has been out of a job since leaving Tottenham in November 2019. He would, no doubt, relish the chance to coach either Manchester side.

Gareth Bale hasn’t even set foot on the pitch yet, but could already be about to make a key assist for Tottenham in helping them acquire his Wales teammate Joe Rodon.

The winger, who is on loan from Real Madrid, apparently influenced Rodon into favoring a move to Spurs. The 22-year-old defender could complete an £18m transfer from Swansea soon. [Daily Star]

Jack Butland could be in line for a shock return to the Premier League with Liverpool this month. The reigning champions would like a new goalkeeper, with Alisson Becker injured and Adrian conceding seven goals against Aston Villa recently.

A surprise move for Butland, therefore, is underway as Stoke City and Liverpool begin talks. The 27-year-old will undoubtedly grasp this opportunity with both hands, having slipped down the pecking order under Michael O’Neill. [Mirror]

Dembele out? Barca begin plans for the next transfer window

Barcelona are already planning for January as they step up their pursuit of Eric Garcia and Memphis Depay. Ousmane Dembele will likely be offloaded in a cut-price deal should a suitable offer arrive. The Frenchman’s sale would go a long way into helping the side acquire their top two targets. [Diario Sport]

Video: Ozil declares Ronaldo as the GOAT of the 2010s decade 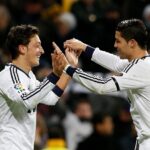 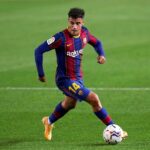