Gareth Bale did not make it to the Wales teamsheet for the upcoming three fixtures for the country. This is due to the long-lasting effects of his knee injury.

The Tottenham newbie encountered his injury during the international break. Wales played Finland and Bulgaria, beating both the countries in the Nations League.

After the two games, Bale returned to his old club from Real Madrid. Originally, the Welshman played for Spurs from 2007 to 2013. Now, he will represent the Tottenham shirt in the coming days.

However, the 31-year-old still has not played for Jose Mourinho’s team. In addition, his international manager Ryan Giggs affirmed that Bale will miss matches vs England, the Republic of Ireland, and Bulgaria.

“Unfortunately since our last camp, Gareth’s not trained,” Giggs said. “He’s only just started getting on the grass the last few days. We’ve had conversations with Gareth and the medical team and he’s just not quite right for this camp, unfortunately.

“It wasn’t a big injury and of course Gareth always keeps himself fit so he’s able to come back as soon as the injury is right.

“With him going to a new club we had to think seriously not only about the short term but the long term, get Gareth back fit, get him playing.”

While Rhy Norrington-Davies managed to get in the first team list for Wales. Also, Juventus midfielder Aaron Ramsey will make his comeback for the first time since November 2019.

Elsewhere, Mourinho said that Bale is joyful after his return to Spurs. But, he also confirmed that the striker will miss the Europa League fixture against Maccabi Haifa. And Premier League game vs Manchester United on the weekend.

“Bale cannot play tomorrow or on the weekend, that I can confirm,” the Spurs manager said. “He’s working hard, very committed, very professional, very happy, but not yet for tomorrow or for the weekend.

“I believe that the two weeks of the international break can be important weeks to his last phase of recovery and fitness problems, hopefully, to play when we’re back the weekend after the national teams. We’ll see if it is possible to arrive there. From yesterday, it’s just fatigue, no injured players, no.” 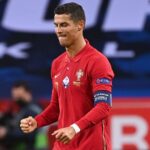 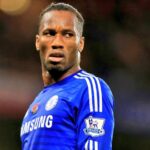