Borussia Dortmund thrashed bottom side Paderborn and Sancho played a starring role in the rout with scoring his first professional hat-trick of his career.

He also became the youngest player in Bundesliga history to score 30 goals.

After scoring his first goal the England International revealed his t-shirt underneath with “Justice for George Floyd” written.

Sancho was not the only player to show solidarity for Floyd as his team-mate Achraf Hakimi also celebrate his goal with “Justice for George Floyd” tribute.

In another game between Borussia Monchengladbach and Union Berlin, Marcus Thuram marked his goal with taking a knee.

After the game Jadon Sancho wrote on Twitter: “First professional hat trick. A bittersweet moment personally as there are more important things going on in the world today that we must address and help make a change.”

“We have to come together as one & fight for justice. We are stronger together! #JusticeForGeorgeFloyd.”


Gladbach Coach praised Thuram and said that he had set an example against racism whereas Dortmund coach Lucien Favre refused to comment on the celebration as he said that he didn’t see what was written on Sancho’s shirt and hence can’t comment on it.

“After the game, I heard about him celebrating a goal like that. There was something on a t-shirt,” Favre said.

Axel Witsel was full of praise for Sancho who became the first England player to score and assist 15 goals in a single season in Europe’s top 5 leagues. Matt Le Tissier was the last player to do so while playing for Southampton 25 years ago in Premier League.

“I think he’s one of the best of his generation,” Witsel said. “He still has a lot to improve, to progress, because he is really young.

“But I’m sure in his position, as a winger, he will be one of the best.” 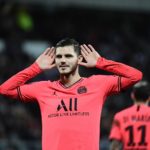 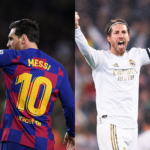