Andrea Pirlo demands Juventus weren’t ‘shrewd’ and made things hard for themselves in the Champions League tie against FC Porto on Wednesday night.

Juventus endured a 2-1 loss at the home of the Portuguese champions in the last-16 first-leg tie.

Porto struck right off the bat in both halfs, with Mehdi Taremi gaining by a horrendous slip-up by Rodrigo Bentancur in the second minute of the first and Moussa Marega pummeling a left-footed finish in a flash after the break.

Federico Chiesa pulled one back inside the last ten minutes to hand the guests a significant away goal.

Talking after the full-time whistle at Estadio do Dragao, Pirlo communicated disappointment next to him execution and how they responded after conceding first.

“We had prepared well for this game, it was not the attitude we wanted, but conceding a goal in the opening minute when we handed it to them on a silver platter made everything more difficult,”

“When you concede a goal after one minute, a strange one at that, it’s natural the players will lose confidence, especially against a side that knows how to clam up in defence.

“Our approach was wrong after we conceded the goal … We had planned on attacking the deeper spaces, but if you take too many touches, things get complicated. We weren’t smart, the ball was moved around too slowly.

“Porto got the game immediately on the track they wanted. With such a packed fixture list, it’s normal you can’t always maintain absolute focus and the right tempo, but it shouldn’t have happened in the round of 16 of the Champions League.” 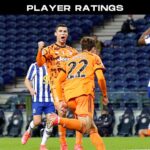 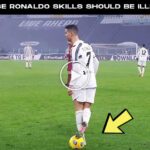 Video: These Cristiano Ronaldo Skills Should Be Illegal