It has been an eventful opening few wins for Paris Saint-Germain in the 2020/21 Ligue 1 which includes two consecutive defeats followed by two consecutive wins. In the process, the game against Olympique de Marseille has surely stood out for all the wrong reasons, including five red cards, accusations of racism and a chaotic fight between players.

Since that, though, PSG’s winning mentality has kicked in – eight league titles in the last ten years – and they have won their game against Metz 1-0 and then hammered OGC Nice 3-0 away from home, courtesy a goal each from Angel Di Maria, Marquinhos, and Kylian Mbappe.

It would be safe to say that life in the new season has been even worse for their opponents on Sunday – Stade de Reims. They are the only other team in the league that has failed to win any of their opening four games, losing three of them. Meanwhile, they were also knocked out of the UEFA Europa League Qualification after losing to MOL Fehervar FC on penalties.

The last match between these sides took place in the Coupe de la Ligue, which ended in a 3-0 victory for PSG. But the last time they met in the league, Reims were able to grasp the win from the league leaders with goals from Hassane Kamara in the 30th minute, and then the dagger from Boulaye Dia in the 94th minute.

Moussa Doumbia and Triston Dingome are a doubt for the game at the moment, and will undergo late fitness tests. Wout Faes and Marshall Munetsi will also be missing for the hosts, after picking up a red card against Angers and Metz respectively.

Moreto Cassama is expected to start in the holding midfield role, with Reims crying out for more defensive solidity in the lower areas of the pitch. He will be aided by Xavier Chavalerin and Valon Berisha on his right and left respectively.

The trio will be shielding a back four which will consist of Thomas Foket and Ghislain Konan as the full-backs. Reims captain Yunis Abdelhamid should pair up with Dario Maresic at the heart of the defence in the absence of Faes, who would ideally partner Maresic. In goal, there is no looking past Predrag Rajkovic.

Finally, the Reims attack will be spearheaded by one of last season’s breakout star, Boulaye Dia, who might be missing the usual amount of service against the defending champions. He will have support from the flanks in the form Arber Zeneli and El Bilal Toure, both of whom will look to veer infield to create overloads and allow the full-backs to provide the width.

The good news is, Thomas Tuchel will be able to call upon Neymar and Abdou Diallo, both of whom have come back from suspension. Unlike their opponents, PSG are expected to set up in a 4-2-2-2 formation with former Real Madrid star Keylor Navas manning the goal.

With Kehrer out, new signing Alessandro Florenzi should retain his position at right-back, while youngster Mitchel Bakker is set to return to the left-back role in the absence of Bernat and Kurzawa. Presnel Kimpembe ought to start at the heart of the PSG defence on Sunday. The Frenchman should be partnered by Abdou Diallo at the heart of the defence.

Marco Verratti started last week after recovering from his injury issue and is expected to continue in that role against Reims. To give the double pivot some defensive prowess, we expect Marquinhos to return to the defensive midfield after having played there multiple times last season.

Ahead of them, Neymar and Angel di Maria will start in the attacking midfield, with the former occupying the areas on the left and centre, while Di Maria drifts to the right. This will be the Argentine’s last game before he serves a four-game suspension for spitting on an Olympique Marseille player.

This leaves us with the attack, where Kylian Mbappe and Mauro Icardi will start together as they did last week, but in a twin-striker system where Icardi is expected to act between the channels while Mbappe starts a little deep.

In the 12 previous encounters between the two sides, PSG have won seven, lost three and drawn two.

PSG star Angel Di Maria returned to the scoresheet last week after three games. He last endured a longer such run between November 2018 and January 2019 (6 games).

Reims have won two out of their last five games against PSG, losing two and drawing the remaining one.

In the last ten meetings between these two sides, Paris have scored 21, while conceding 13 goals.

Rivaldo – Messi could still sign a two-year deal with Barcelona 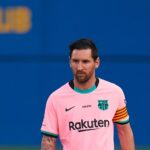 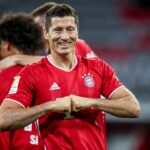