Neymar and Mbappe are widely regarded as the long-term successors to Messi and Ronaldo, who are both in their thirties. Such are their profiles, they’ve been regularly linked with exits from Paris Saint-Germain.

Reports have frequently touted the pair with big-money moves to Real Madrid and Barcelona in the last year alone.

But they ultimately stayed put and helped the Parisians win a domestic quadruple last season, on top of securing the club’s first-ever Champions League final appearance in August.

Now Leonardo hopes Neymar and Mbappe will continue to star at PSG for the foreseeable future.

Mbappe wants to win the Champions League with PSG

Mbappe told Telefoot: “Of course I am optimistic that we will win the Champions League. We have to because, if we don’t believe it, no one is going to believe it for us.”

“You have to recruit well, you have to buy players,” the forward added. “I hope we will have good recruits and that we can restart the season with the aim of doing better.”

Neymar meanwhile tested positive for Coronavirus as he Partied in Ibiza couple of days back.

“Three Paris Saint-Germain players have confirmed positive Sars CoV2 tests and our subject to the appropriate health protocol,” a statement from PSG read.

“All of the players and coaching staff will continue to undergo tests in the coming days.”

Messi meanwhile will be returning to training at Barcelona after deciding to stay at Barca for another season.

Ronaldo on the other hand is looking to represent his nation in the Uefa Nations League and will be hoping that he stays fit to start against Sweden tomorrow. 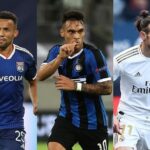 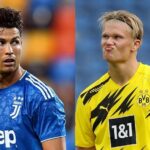 Haaland can be as good as Ronaldo says Lagerback