On Friday, La Pulga announced to the world that he would be staying put with the Catalan giants for one more season at least.

Messi and his camp argued a release clause that allowed the player leave for free was still valid and available to be activated.

On the other hand, Barcelona claim it had elapsed and only a fee of his €700m release clause could see him leave this summer.

Messi had the option of trying to drag it all out in court with Barca but eventually opted to let peace reign in the end.

The Argentine had missed the club’s earlier coronavirus testing and also failed to report to training last week.

All of that is put to bed with the Barcelona captain now ready to resume his normal duty.

Marca reports that the superstar will return to the club for pre-season training on Monday, once he passes his coronavirus testing.

He will train under Ronald Koeman for the first time since the former Everton boss took over from Quique Setien as Barca coach last month.

Messi and Koeman met in August during a private meeting in the midst of the player’s public spat with the club.

Since arriving at the club as manager, Koeman has heaped praise on the Barca captain and admitted he wanted him to remain at the club. The Barca boss got his wish for now at least. 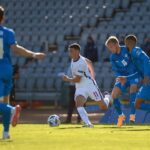 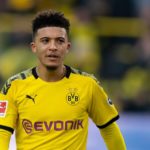