Erling Haaland took the Bundesliga by storm after making a €22 million move to Borussia Dortmund in the previous winter transfer window.

The talented Norwegian marked his arrival to the league with a hat-trick within just 20 minutes of coming on to help his new side complete a comeback against Augsburg.

The young marksman finished the Bundesliga campaign with a splendid statistic of 16 goals and six assists in 14 matches.

Haaland, at such a young age, is already considered as one of the world’s best finishers, and he insists there is still a lot more to come from him as he isn’t content with his current performance levels.

“I have yet to become a much better footballer – that drives me on every day. As I said, my level has to get better, more clinical, more uncompromising,” said Haaland, speaking to Dortmund-based publication Ruhr Nachrichten.

“I watched all of my 44 goals from last season. I could easily have scored more than 50 goals. That shouldn’t sound arrogant, it’s just a good thing because it shows me that the potential is there.

“I’m not satisfied. I’ll try to work on different things and keep getting better.”

Lukaku on Inter’s Europa League final defeat: It was a very difficult moment for me 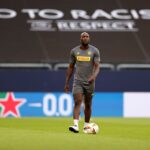 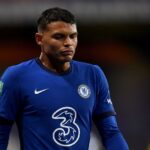