Time and time again Cristiano Ronaldo goes on to demonstrate that age is just a number.

At 35, when most players head out to China or the MLS or even start considering hanging up their boots altogether, Ronaldo continues to be the difference-maker for Juventus as well as Portugal.

A test conducted on him during his time at Real Madrid indicated that the forward, who at the time was 33 years old, had the physical condition of someone ten years younger than him.

Ronaldo’s physical data was also brought to public attention by Diario AS. The report claimed that he had a fat content of 7%, as opposed to around 11% for normal players, a muscle mass of 50%, beating the usual standards again by 4%.

The five-time Ballon d’Or winner himself on several occasions has reflected on his fitness while also suggesting that he could continue his playing career at least until he’s 40.

A former colleague of his, who also had an extended career, credits Ronaldo’s healthy lifestyle for him being able to continue at the top of the game for so long.

“I was at a top club and played until I was 40, and I can see him going on and playing until he’s 40 as well,” Ryan Giggs told the PA news agency.

“He looks after himself – he eats right, rests right and lives for the game – and is the best professional I ever played with.

“He was always in the gym and had it in his mind how good he could be. He scored 40 goals in one season at United and since then what he’s done is remarkable.” 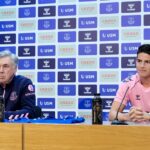 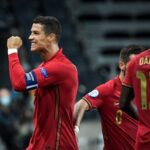 Ronaldo has been backed to break Ali Daei’s record