Bayern Munich manager Hansi Flick has admitted that Alphonse Davies has been his sides one of the best performers this season.

Alphonso Davies arrived at the tender age of 19 from almost unheard of Vancouver to Bundesliga giants Bayern Munich. This in itself is an achievement.

However, when Alphonso Davies arrived back in January of 2019 in Bavaria he set to work on becoming not only a Bayern Munich player but a superstar.

Not even Davies himself could have imagined that this dream and goal would have been achieved in such a short space of time.

The young defender has seized the opportunity given to him by his boss Hansi Flick and made a place in the team his own.

In an interview reported by Goal, Flick admits the player offers so much to the side and delivers to such high standards he is already key to his plans.

Flick said: “Alphonso is doing outstandingly at the moment.”

“In addition to his speed on the pitch, he’s very adept defensively.”

“Now, he’s setting up goals in attack and has scored some himself. He’s on a very good path. He’s young, he can and wants to learn.”

“Despite his young age, he’s currently one of the top performers.” 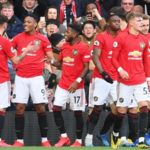 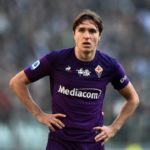 Chiesa should stay in Italy for his own good – Nuno Gomes