Hansi Flick maintains that Thiago adds quality to his Bayern side and reiterates that he has no intention of selling the midfielder.

The 29-year-old’s contract with the club expires next summer and a new deal is yet to be agreed. In a season where Bayern have handed the likes of Neuer and Muller renewals, speculation has grown about the Spaniard’s future at the Allianz Arena.

In reality, the form of Joshua Kimmich and Leon Goretzka in midfield for Bayern means an extension for Thiago should not exactly be a priority.

The Spaniard might not score or assist much but Flick has explained once again how the midfielder still boasts unique qualities of his own. Amid recent links to Liverpool, the Bayern boss has no plans to sell the 29-year-old.

“There is no [contract] news. We always talk, almost every day, but there is no news,” Flick told a news conference before Bayern’s final Bundesliga game of the season against Wolfsburg via Goal.

“I see him every day at practice and at the games. There are always so-called experts who have their own opinions. When you see him on the pitch and in training, you see his extraordinary quality in possession of the ball.

“But he has now also shown that he can play against the ball. For me there are no two opinions about Thiago’s quality.

“He gives the team a little something extra. He is an exceptional player who gives a team that certain something. That’s my opinion and there is no other one.” 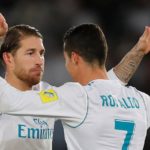 Willian could still stay at Chelsea for next season