Borussia Dortmund has unveiled Thomas Meunier as their latest signing.

The Belgian defender’s contract at PSG expired, making him a free agent.

He joins the Bundesliga runners up, signing a four year deal with the club.

“Thomas Meunier is a player who has proven his quality at the highest level.”

“Among other things in the Champions League and in the national team, over a long period of time.”

“He will give us a real boost with his experience.”

“Borussia Dortmund plays exactly the type of football I want to play: exciting, authentic, and natural.”

“BVB is known for their enthusiastic fans, and the atmosphere during the match with Paris at the Signal Iduna Park influenced my decision if I’m honest.”

“I am ambitious and I want to win titles with Dortmund as if have done in Brugge and Paris.” 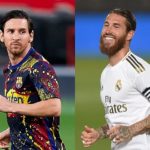 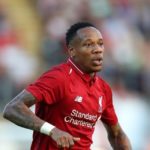