Rakitic says Barcelona want to win both the La Liga and Champions League to complete a double this season.

A shaky start to the season that was further hindered by inconsistent performances saw FC Barcelona trail behind Real Madrid in the La Liga title race for the better part of the competition.

Injuries to Luis Suarez and Ousmane Dembele and Antoine Griezmann’s failure to settle in his new surroundings after completing a big-money switch from Atletico Madrid did not help the Catalans’ case either.

Barca, however, were able to leapfrog Real Madrid to the top of La Liga table just prior to going into the coronavirus enforced break.

They haven’t been their usual selves in the Champions League either, having been held to a draw against Napoli in the Round of 16 first leg.

But Ivan Rakitic suggests his side are preparing to bounce back. And with little improvement, he adds, they will still be able to challenge for both the trophies.

Rakitic told Marca: “We want to improve a lot of things because we know that we need to.

“There’s a fantastic atmosphere in the dressing room and we have clear objectives. Hopefully, we’ll end August with both trophies [La Liga and Champions League].

“We’re working for that and I think it’s possible. We want it. We’ll have to be prepared and see how the competition is formatted, but we have an opportunity that we want to take advantage of.”

PSG are not a feeder club, they buy stars | Mbappe and Neymar exit ruled out 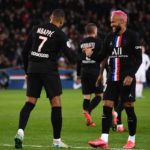 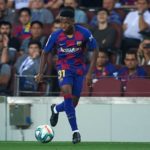