Cristiano Ronaldo has set his sight on winning the World Cup with Portugal in Qatar in 2022.

The Portugal captain has enjoyed success at international level, leading his nation to Euro 2016 and Nations League glory.

The World Cup, however, is a trophy that has eluded him. He has failed to take his country beyond the Last 16 in the last three tournaments.

Ronaldo will be 37 in 2022 and he is hoping he could finally become a world champion when he plays, in all likelihood, his final World Cup tournament.

“We won something very special, the European Championship,” he said after receiving the Golden Foot award.”

“We have to have the steps under the ground because we won in 2016 and now we want to win the World Cup.”

"It's a dream" – Ronaldo on his World Cup hopes for Portugal pic.twitter.com/0uWsOXubbo

“It’s possible, yes, everything is possible. But you have to be realistic as well.”

“As I’ve told you many, many times, my dream is to win something for Portugal’s national team and I won two titles, which have made me feel happy.”

“I’ve won at every club that I’ve played with, but the World Cup is a dream.” 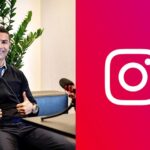 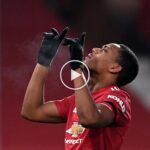