Portugal was supposed to play against Azerbaijan at home and Serbia as a visitor at the end of this month but due to the country’s Covid-19 restrictions they have to come up with a neutral venue for both matches.

Juventus obviously thinks about their top player and they quickly offered Allianz Stadium as the place for Portugal to play.

Even though most of the players will travel to Italy, this leaves Cristiano Ronaldo much more time to rest.

Assuming Juventus won’t get eliminated by Porto in the Champions League, this leaves Cristiano Ronaldo with a clear advantage compared to all his rivals.

While most of them will have to travel to represent their countries, he will not.

In hindsight, this can become one of the key factors that help Juventus make that final push for the Champions League and other titles.

Details like this tend to be the ones that decide which clubs finish the season stronger and which ones crumble down in the end.

Fortune smiles upon Ronaldo and his goal of winning that sixth UEFA Champions League trophy that will tie him with Paco Gento.

All that while also trying to take Portugal to another World Cup in 2022. 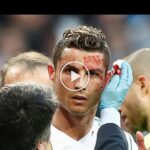 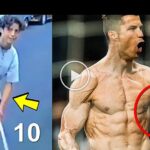 Video: How has Cristiano Ronaldo changed in 35 years?