The biggest game on Saturday night will see Portugal and France lock horns at the Estadio da Luz in a table-topping Nations League clash in Group A3.

Both teams are level on 10 points at the top of the group after their goalless stalemate in Paris last month. A superior goal difference, however, has given Portugal the nod for first-place. But, with only a game left afterward, the outcome in Lisbon may prove decisive on who reaches the finals.

That, on top of Portugal and France boasting arguably the finest squads in Europe, suggests another close affair is on the cards.

When is the Match between Portugal and France ?

The match will take place at the Estadio da Luz on Saturday.

Most of the team that started Portugal’s friendly win against Andorra is likely to make way for the regulars, with the likes of Cristiano Ronaldo and Joao Felix set to spearhead the Portuguese attack.

There are doubts for France over the fitness of the likes of Kylian Mbappe, Benjamin Pavard and Lucas Hernandez.

Portugal vs France Head-to-Head and Results

France and Portugal have faced each other 26 times before, with the French winning 18 of those matches. Portugal have beaten France six times, with two games between these sides ending in draws.

Cristiano Ronaldo has scored 17 goals in his last 12 games for Portugal.

Portugal have won their last seven home games in all competitions.

Porugal have kept seven clean sheets in their last eight games in all competitions.

Portugal have won just one of their last 12 games against France in all competitions (D1 L10).

France have lost just one of their last 13 games in all competitions (W10 D2).

France have won their last five away games in all competitions.

Antoine Griezmann, Kylian Mbappe, and Olivier Giroud have each scored three goals in the team’s last six games in all competitions. 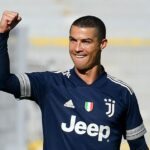 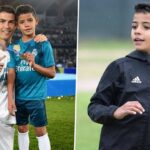