Congratulations to the Forwards!

Robert Lewandowski & Pernille Harder have been named as UEFA’s Forwards of the Year for the 2019/20 season.

🌟 #UWCL Forward of the Season 🌟

✨ #UCL Forward of the Season ✨

Robert Lewandowski: “I remember what happened in the last final that we lost. I say to myself, I can’t ever give up, and I’m trying to win the trophy. It’s something I’ve dreamt of as a young boy. Now I know what it means, I’m so proud of what the team did this season.”

UEFA Midfielder of the Year – Male and Female 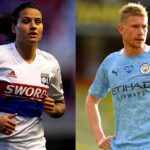 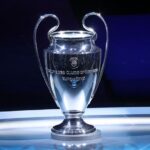 The 2020-21 Champions League group stage | All the Groups