Thomas Tuchel believes PSG have “difficult but not impossible” prospects after learning he will not be able to call upon Thomas Meunier and Edinson Cavani.

All-time leading scorer Cavani and Belgium right-back Meunier rejected short-term contracts to stay on for the final stages of the Champions League in August.

PSG have already advanced to the quarter-finals of the competition and would need all personnel available if they are to go all the way.

Asides the duo of Cavani and Meunier, captain Thiago Silva is also set to leave at the end of the season as well as Layvin Kurzawa.

The latter mentioned players above would still play the remainder of the Champions League campaign with PSG but Thomas Tuchel admits departures are not helping their plans in any way.

“All the players are important to create a group and a mentality and to lose these three [Cavani, Silva and Meunier] decreases the group,” Tuchel told his news conference via Goal. “We have always played with these players and therefore we lose quality with their departures, that’s for sure.

“After that it will not be impossible and I am convinced that we will be very strong. We have to prepare this team for the two finals with a very good mentality.

“We played an extraordinary Champions League with everyone. It is different but not impossible.”

Ibarhimovic back in training for AC Milan 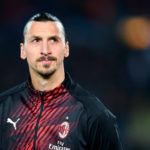 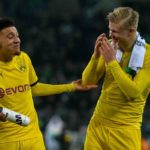