Lens could not have asked for a better result in the opening match of the 2020/21 Ligue 1 season as they successfully overpowered champions Paris Saint-Germain.

Ignatius Ganagus gave his side the lead in the second half and his strike later proved to the match-winner as Lens beat PSG 1-0.

PSG also missed out on the opportunity to set a goalscoring record. They now remain level with Sedan as only two sides to have found the back of the net in 32 consecutive Ligue 1 matches.

In defense of the last season’s Champions League finalists, they were playing without several first-team players. Neymar, Kylian Mbappe, Mauro Icardi, Angel Di Maria, and Keylor Navas were all absent from the pitch.

“I don’t think we could have done any better tonight,” Thomas Tuchel told after the match, speaking to Canal+. “I was happy with the first half we had. We controlled the game completely, and we had possession.

“We struggled to create scoring chances today. No opportunities? Yes, I agree. But we have a small group, and we are missing the players who make the difference.

“With a young team, we made a decisive mistake and we couldn’t take advantage of their mistakes. A draw is the best we could have hoped for.” 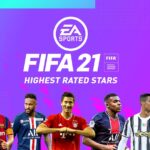 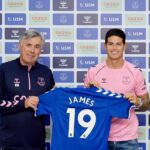 James – “I have come here to this top club to achieve big things.”