Here are the top transfer stories going around in the footballing world.


FC Barcelona announces the transfer of Francisco Trincão (20 years old / Braga) for € 31 million. The Portuguese will arrive at Barça this summer.


Emre Can has just landed in Dortmund to sign his 5-year contract. Loan with purchase obligation of € 30 million. (FabrizioRomano)


Cedric Soares (Southampton) is on loan to Arsenal until the end of the season.


Harisson Marcelin leaves Auxerre and signs in Monaco for 10 M €.


Ricardo Rodriguez (AC Milan) is on loan to PSV


Danny Rose (Tottenham) is on loan until the end of the season in Newcastle.


Alessandro Florenzi (AS Roma) is on loan until the end of the season in Valencia.


Stade Rennais – AS Roma agreement for the loan with option to buy from Steven Nzonzi. He will have his medical examination tomorrow.

Besiktas is in advanced discussions with Fiorentina for Kevin-Prince Boateng. (FabrizioRomano/DiMarzio)


Monaco is negotiating with Real Sociedad for the Spanish defender Diego Llorente. 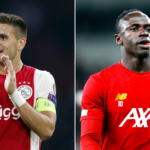 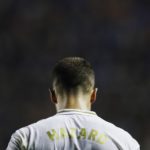