Eden will not be able to help Real Madrid in the next week clash against Manchester City after suffering an ankle injury.

The 27-year old was seen limping during the match and he went off at 67 minutes against Levante.

Zinedine Zidane after the match said that he was not too optimistic of his injury.

“I think it’s a knock to the same area where he suffered his last injury and it does not look good.”

And Real Madrid have confirmed that Hazard has suffered from a broken ankle during last night’s match. Club’s official website read:

“Following the tests carried out today on our player, Eden Hazard, by the Real Madrid medical department, he has been diagnosed with a fracture to his right distal fibula. His recovery will continue to be assessed.”

Eden Hazard only returned to action last week after spending much of the season on the sidelines.

He has only played just 10 games in the league for Los Blancos and scored only once. 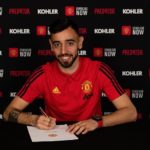 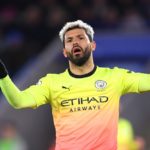