Luis Suarez has been injured since January and the forward has now revealed he is set to return to action.

The 33-year-old has had to undergo surgery and was initially ruled out for three to four months.

The ongoing coronavirus pandemic has pushed the season further and Suarez reveals that he could return to action when the league resumes.

“[My return] is within the possibilities that we’ve been managing and now there’s been a change, but the idea of returning early was clear,” Suarez told as reported by Marca.

“My doctor was telling me that I’ve been doing so well and that gave me hope of returning to play as soon as possible.

“The different now is when the team returns, I’m going to be able to play.”

Suarez has been missed by Barcelona upfront and the Uruguayan explained why that operation he had was brought forward.

“It was predicted to be at the start of May but, after the meetings I’ve had with the doctors and due to the continuing condition I’ve had, it went ahead a little earlier,” he said.

“I’d been coping very well with the work that I’ve been asked to do and that gave me strength to come back sooner than predicted.” 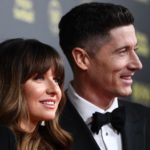 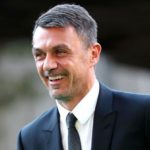 AC Milan director Maldini and his son have contracted coronavirus