The striker was bought on loan as a short-term fix for the striker position with Rashford injured.

However Ighalo has impressed United’s manager Solskjaer and they look to make the deal permanent.

Ighalo has already scored four goals and supplied one assist since joining the club.

As per the Mirror, Shanghai Shenhua will demand United pay €16m to keep the 30-year-old.

There is believed to be an option for United to buy Ighalo. But as per the Mirror, it is understood no fee was agreed on when the loan deal was agreed in January.

If the forward continues to justify his performances, the €16m fee asked of United might even be a bargain. 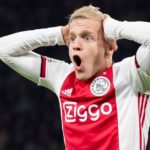 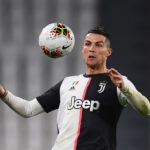 Juventus looking to add another striker to ease burden on Ronaldo