The 32-year-old traveled to Barcelona for treatment with renowned surgeon Dr. Ramon Cugat after being injured in his side’s win over Burnley on Monday. The surgeon is well known to have operated on numerous City players in the past.

Aguero tweeted: “Everything went well, and I’ll soon begin recovery. A big thanks to Dr. Cugat and his team – and to all of you for your support.”

There is still no time-scale on the City record top-scorer will be on the sidelines.

Speaking on Wednesday, prior to Aguero’s update on his surgery, City manager Pep Guardiola said: “Once he has finished the surgery we will know the time Sergio will come back to play with us.”

Asked if Aguero would be back for the Champions League games, Guardiola said: “I don’t know right now.”

Without the 32-year-old, Guardiola believes he has many options that can stand in for the injured man.

“We don’t have any doubts about Gabriel,” the City boss added. “The only doubt we have is because not one single player with the preparation we have can play every three days. 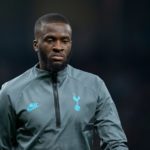 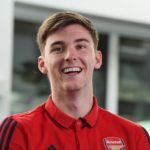 Tierney is learning a lot from ‘brilliant’ Arteta