In 2013 German international Mesut Ozil made a 47 million Euro transfer from Real Madrid to Arsenal.

According to former England defender Rio Ferdinand, this was a move that made then Real Madrid forward Cristiano Ronaldo unhappy.

In an Instagram Q&A session, Ferdinand recalls seeing Ozil as both a Madrid player and a Gunner.

He explains exactly why he understands his former teammate’s displeasure at losing such a player.

“I just think back to when I played against Ozil when he was at Real Madrid in the Champions League.”

“He played against a young Rafael, right-back, Brazilian boy.”

“He was tenacious. Strong. Aggressive. Fast. And Rafael won’t thank me for this but he played that game and a couple of times he ran Rafa.”

“I thought ‘I didn’t realize Ozil was that fast’. He worked back. He chased Rafa back.”

“Rafa was running across the halfway line with the ball trying to attack. He chased him back. He worked.”

“When he got it. He was just elusive. The balance. His passing. Running and playing it aggressively without the ball.”

“Now, I haven’t really seen him play like that for Arsenal.”

“He plays differently. He plays more calm and chilled and at a slower pace.”

“But I know there’s something in there. I saw it. I witnessed it.”

“I played against it where he could up the tempo and he has got an engine.”

“I remember Cristiano Ronaldo was not happy that he was leaving.”

“The assists he was providing.”

“The opportunities and chances for Cristiano. And I remember he wasn’t happy.” 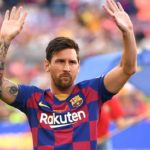 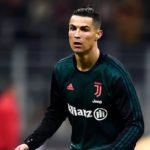 Ronaldo is the best player in the world right now – Pele