Bruno Fernandes made a flying start to life in new surroundings after switching from Sporting Lisbon to Manchester United back in January.

A series of splendid displays helped Fernandes not only become a key figure in the United team right from the start but also a fan favorite.

The 25-year old is often tipped to have a similar impact as Cristiano Ronaldo, who had a similar career path and enjoyed a lustrous six-year stint while also went on to become a household name at Old Trafford.

The Portuguese midfielder has on several occasions expressed his admiration for the Juventus forward.

Speaking in the latest episode of SoccerBible’s The Dial Up, he once again does so while also taking a side in the Messi-Ronaldo debate.

He said: “As a person from Portugal, every time someone mentions your name with Ronaldo, you just have to be grateful.

“You can like Messi more than Ronaldo or you can like Pele more than any other player. For me, Cristiano is the best I’ve ever seen.

“Messi and Cristiano are the best. You can like one or the other. Cristiano is a Portuguese guy like me, I need to enjoy him. He is the best for me.” 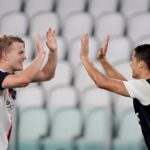 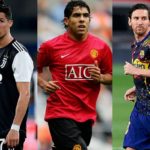