Cristiano Ronaldo is looking forward to the next season and hopes to win more silverware for Juventus after a mixed first campaign in Turin.

The Portuguese superstar won the Serie A title in 2018/19 and was named the league’s MVP after scoring 21 goals and 8 assists.

But he could not inpire his side to glory in the Champions League which was expected of him. As Juve exited the competition at the hands of Ajax in the quarter-finals.

Ronaldo, enjoying a break at home in Madeira after helping Portugal win the inaugural Nations League, has now aimed for more silverware with Juve.

“I am proud to be here [in Madeira], to see my family, I will stop here for the next two days,”

“I am always ready for a great season. The goal is to always give the maximum to try to win trophies.”

The 34-year-old has a task at hand with Juve coming off the back of a managerial change with the departure of Massimiliano Allegri.

Maurizio Sarri was signed on as the new coach for Juventus, having lifted the Europa League last season.

The Old Lady have continued to do shrewd business at the transfer window. Having already signed Ramsey and Rabiot for free this season.

Juventus legend Gianluigi Buffon also returns to the club after a year with PSG.

They start their pre-season with the match against last season’s Champions League finalists Tottenham on July 21.

Before meeting Inter Milan, K-League All Stars and Atletico Madrid to round off their campaign. 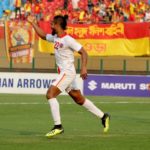 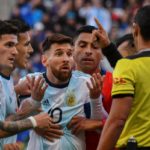