Runaway Ligue 1 leaders Paris Saint-Germain prepare to welcome Brest to the Parc des Princes on Saturday night with the hopes of resuming their winning ways. Last time out, Mauricio Pochettino’s side were held to a 1-1 draw by Lyon, while the visitors were defeated 3-0 at home by high-flying Nice. Due to the absence of Brazilian wing king Neymar on the wings, it was left to Lyon’s Selecao players to spark the match at the Groupama Stadium last week, with Bruno Guimaraes and Lucas Paqueta combining for the latter to score after only seven minutes.

With 14 minutes remained, Pochettino’s team levelled the score thanks to an unusual source: out-of-favour defender Thilo Kehrer. PSG has acquired a penchant for stalemates in Ligue 1 recently, drawing four of their previous five games, but they still hold an 11-point lead over Nice and Marseille in the standings, despite the fact that Les Olympiens have a game in hand.

PSG’s 1-1 draw with Lyon was their 11th game in a row in Ligue 1, but their run of draws over the winter period will not delight Pochettino, who will make it clear to his depleted squad that their first-ever league title is far from certain. Les Parisiens, on the other hand, have won 25 of the 27 points available at home this season, scoring at least two goals in all but one of their Parc des Princes matches, and Brest will have their work cut out for them if they want to make history at the capital stronghold.

Last Sunday at the Stade Francis Le Ble, Kasper Dolberg provided plenty of Danish joy, as the Nice player scored from outside the area before Brest attempted to take advantage of Morgan Schneiderlin’s 20th-minute dismissal. Even a man advantage couldn’t help Michel Der Zakarian’s side beat the championship outsiders, as Andy Delort tapped home in the dying embers to increase Les Aiglons’ lead before Amine Gouiri’s superb solo effort killed any Brest dreams of a comeback. 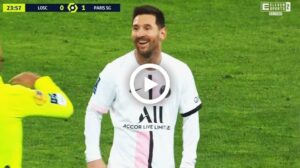 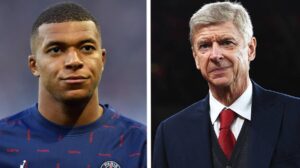 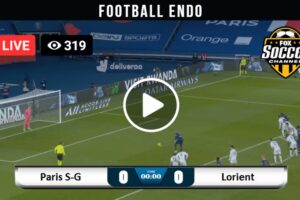