In what always seems like an odd combination, Jordan brand and PSG just presented their third kit for this year’s UEFA Champions League.

In the past, we’ve seen some interesting designs that confirm Paris Saint-Germain is always an elegant football club. They’ve sported black kits from the brand, and some loud colors as well.

However, this year is the one that should break the norm with quite the unique design and color pallet. With maroon as the predominant color, this PSG kit is arguably one of the most revolutionary of the season in European football.

Kylian Mbappe will be the player who models this new kit because he is still a NIKE athlete. Although Neymar is still part of the group pictures for the promotion of this new kit, we all know he is already with PUMA Football.

Color inspiration with the Jordan VII.

This color scheme is directly inspired by the Air Jordan VII that MJ wore during the 1992 season, which is also predominantly maroon. However, this year will also bring us a Jordan IV model that has the same colors as PSG’s third kit. The worldwide launch of the kit and the shoes will drop on October 1st.

Although the football kit will have a wide release, the Jordan IV model will be more limited. This means that if you want to cop a pair, you might have to wait in line and possibly won’t get them. PSG made an image gallery of all the players sporting the third kit that will debut sometime during an away Champions League match during the final third of 2020.

The Premier League wants fans in the stadium 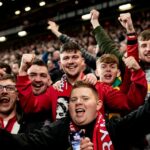 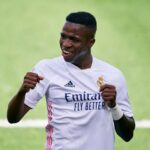 Vinicius Jr. hopes to become a superstar at Real Madrid