Ander Herrera has shut down any transfer rumors on Kylian Mbappe and Neymar Jr. by saying that PSG are very strong economically to keep both.

Paris Saint-Germain boast one of the most talented squads in all of Europe with the likes of Neymar, Kylian Mbappe, Edinson Cavani, Mauro Icardi, Marco Verratti on their books.

However, there have been an increasingly larger number of rumors as of late suggesting that the PSG squad is at the risk of being dismantled at the end of this season, particularly Neymar and Mbappe.

The Brazilian is being linked with a return to FC Barcelona while the Frenchman is understood to be a priority summer target for Real Madrid. Those associated with the clubs have also been quite vocal of the admiration of their respective targets.

But Ander Herrera does not feel the transfer of either of his teammates will go through. He reasons that PSG are not the type to serve as a feeder to other clubs, rather they are constantly on the lookout for the biggest names in world football.

“I know both are key to the project and, from what I can see, they are happy and really involved at PSG,” Herrera told AS.

“It’s true that there’s lots of news about them in the media and on social media. But we don’t hype it up much.

“You need to think about a really key thing, and I’ve talked about this with Kylian. PSG isn’t a club that sells its stars, quite the opposite, it buys them. The club is strong enough economically to keep both of them.” 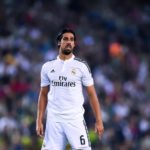 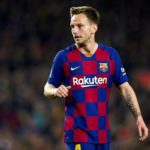