Cristiano Ronaldo has been included in the Juventus squad to face Spezia in Serie A on Sunday, but will not start the game – Juventus coach Andrea Pirlo.

The result couldn’t have been more welcome for Juventus, who have won just one of their last four games without their star player. He was especially missed in the 2-0 defeat to Barcelona in their midweek Champions League encounter.

Although while Ronaldo has worked hard at home to maintain his fitness levels in self-isolation for nearly three weeks, Pirlo acknowledged he likely won’t be in top shape right away.

Making the line-up for the trip to Spezia on Sunday, therefore, is unlikely for Cristiano. But he’ll probably make the squad and get in some valuable game time all the same.

“Cristiano is fine, he wants to get back to working with his teammates and be with the squad,” Juve boss Pirlo told reporters in his pre-match conference on Saturday afternoon.

“He’s trained at home, although it’s not the same as training on the pitch. I don’t think he’ll play from the start, but he’s an important player and he’s coming with us to Cesena.”

Ronaldo vs Lukaku: Who is Serie A’s most valuable player? 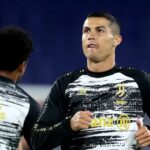 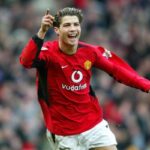 One comment on “Pirlo reveals his plans for Cristiano against Spezia”