Peter Crouch has always insisted that his most inspiring influence in football was Brazilian legend, Ronaldo Nazario.

So when the former Liverpool man got the chance to meet his hero, he was excited, to say the least. But the meeting didn’t go as he was expecting.

In an interview with the Daily Mail, the six-foot seven inch giant of man Crouch recalls how one day on a beach in Ibiza they met.

“I met him once, actually, I was on holiday in Ibiza and I saw him on the beach.”

“He was busy getting through bottles of beer and had an ashtray balanced on his stomach.”

“Every time he finished his drink, the supermodel who was with him brought him another.”

“The chance to have a picture with him was too good to turn down, so I went over.”

“The picture was taken and off I went with him oblivious to the fact I was a footballer.” 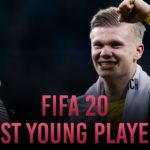 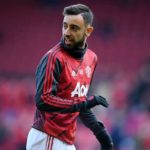 Bruno Fernandes has already achieved in just a few weeks what Paul Pogba failed to do in a few years.