Man City came back to their winning ways with a 3-1 win over Bournemouth this weekend.

Sergio Aguero scored the first goal at 15th minute and soon after Raheem Sterling continued his rich vein on form by scoring his fifth of the season.

But then Aguero scored his second and any hope of comeback for Bournemouth were dampened.

It was his 400th career goal of his career, an amazing achievement.

He was not the only one to hit a milestone as David Silva made his 400th appearance for Manchester City.

He set up both Sterling and Agureo for their goals and after the game City boss praised him as “one of the best” he’s ever worked with.

Really proud to have played 4️⃣0️⃣0️⃣ games for @ManCity , thanks everyone for your kind messages 🤗👏🏼 pic.twitter.com/VoleFt1vMC

Silva has scored 54 goals and laid on 85 assists in a Manchester City shirt, who earlier said that this season will be his last.

Guardiola while speaking to BBC Sport, thought that the diminutive midfielder will have a tough time in England.

And he was happy that he was wrong.

“But he’s tiny, a little player, not a box-to-box player and my image of England from the outside, I thought ‘maybe he’s going to suffer’.

“That was my first impression. You can play a good season, but he’s done it for 10 seasons, it is almost incredible.

“He’s a huge competitor. How he reacts to the bad moments – his specific qualities help him survive in the Premier League. He should be so proud.”

City face Brighton at home next weekend, as they will look to continue their winning ways. 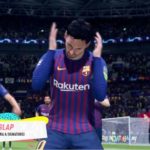 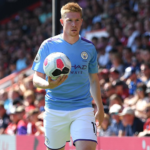