Cristiano will wear the new boots in the second game of the pre-season in Asia for Juventus as part of the International Champions Cup 2019.

Nike football have unveiled the limited edition Mercurial Superfly ‘Shuai’ boots for the portuguese superstar. Celebrating the special connection between Cristiano and China.

He will wear the boots for the first time when Juventus take on Serie A rivals Inter Milan in the pre-season clash.

The game will be played at the Nanjing Olympic Sports Center, China on 24 July.

The word ‘Shuai’ means ‘commander-in-chief; commanding general’ in cantonese, native language of China, hence the tagline ‘Be the commander’ 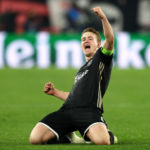 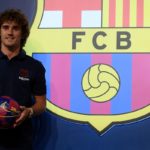