The alleged feud between Ndombele and Mourinho could be heating up if reports are to go by.

The 23-year-old has struggled since he joined Tottenham last summer and has seen criticism from many.

One of his many critics has been Jose Mourinho himself, having criticised Ndombele publicly and in private.

Questions arose again when the midfielder was left on the bench once again against West Ham. With Mourinho having to clear that he has no problem with the 23-year-old.

But a report from ESPN has claimed Ndombele is no longer willing to play under Mourinho and could be ready to leave the club this summer.

The report claims the pair had a bust-up in training on Monday which continued all the way to Mourinho’s office.

Ndombele believes he has done everything Mourinho asked him to do, including lose weight during the lock-down but the Portuguese still thinks he hasn’t done enough.

The midfielder’s agent are now looking for a solution and there is a possibility the 23-year-old could leave this summer.

The likes of PSG and Barcelona have already shown interest in Ndombele but it’s rather unlikely either club have the amount Tottenham would ask for should they choose to sell.

Frank Lampard is a big fan of Kai Havertz 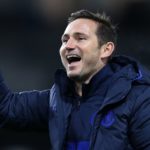 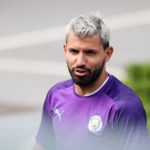 Sergio Aguero has had a successful knee surgery