Nani in a recent interview with goal has opened up on how Ronaldo helped him and Anderson out when they joined Manchester United.

Nani and Anderson when bought by United were instantly compared to their Portuguese counterpart Cristiano.

Cristiano Ronaldo had at that time just won his first PFA Player of the Year prize, and he took his young mates under his wing.

Ronaldo invited both of them to live with him in his home in Manchester and helped them settle in England.

“It was easy to get along with them, Anderson and Ronaldo,” Nani told Goal.

“When we moved to Manchester, Ronaldo offered his house for his to live with him for a few months until we knew better the city and get used to everything.

“Once we had our house, we could move, but that was the best thing because he was helping us with English, with the rules of the road and everything else.

“He was teaching us but, at the same time, it was a big competition inside of this house. We had everything there: a swimming pool, a ping-pong table, a tennis court. We were playing everything every day.

“We were competing to see who was the best and, at the same time, we were improving our physical conditioning. We didn’t notice, but after all these years, we know that all of those competitions made us better.”

Nani currently plays in MLS for Orlando City, he left United in 2015.

Olivier Giroud is happy to stay at Chelsea 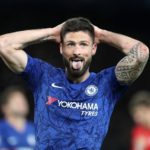 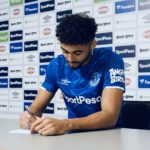