Dembele has been one of Lyon’s most consistent performers since arriving from Celtic for €22million in summer 2018, clocking up 44 goals and 13 assists in 92 appearances.

2019/20 was nothing short of outstanding for the 24-year-old striker as he notched 24 goals and chipped in with seven assists across all competitions.

An impressive season saw Dembele guide Lyon to the Champions League semi-finals, where they were swept aside 3-0 by a free-scoring Bayern Munich side.

After finding himself on the receiving end of Manchester United’s interest, the Frenchman could be on his way out of Ligue 1 after two years.

According to the Manchester Evening News, Dembele keeps all of his options open, but “he is not desperate to move.”

Ole Gunnar Solskjaer, who’s keen on adding attacking options for next term, could swoop in for the former Fulham hit-man this summer.

“You need competition for places at Man United,” Solksjaer said recently. “If you think you’ve got a divine right to be playing every game and are doing so well that we’re not going to look for players to replace you, you’re in the wrong place.

“I’ve been here myself for so many years as a striker, and Teddy Sheringham comes in, Dwight Yorke comes in, Ruud van Nistelrooy comes in, Wayne Rooney comes in.

“We’ve always got to look at improving, and if they don’t improve, we might have to look somewhere else to get better because we have to be better.

“We’re too far away from where we need to be and want to be.” 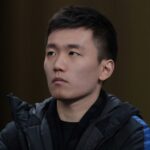 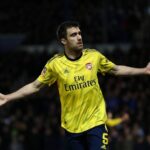 Arsenal and Napoli in talks for Sokratis