Tottenham Hotspur traveled to Skopje for their Europa League clash with Shkendija, tonight at 20:00 (CET).

In the pre-game press conference, a Macedonian journalist asked Spurs boss Jose Mourinho to take a picture with him after the end of the game.

“Hello boss, this is a unique opportunity for me to ask you two questions and one favor. I have to ask you something on behalf of my father,” said Igor Aleksandrovic (the journalist) via Daily Mail.

“First greetings to you from him, but he is now in heaven. One of the occasions when he was very sick he told me if I ever have the opportunity to see you, to ask for a picture with you because he always raised me like you when you are the head coach of any team, psychologically winning or losing – he has massive respect for you.

“If you allow me a picture of you I will frame it and put it in his eternal resting place. If the match goes good for you and your team will you allow me to do that?”

"It's my pleasure to do the picture for you."

Jose’s response was amazing: “Thank you so much. The picture has nothing to do with the result.

“My pleasure to do the picture with you. And my honour to your father and respect that he feels so strong about me. I don’t deserve that.”

Later that evening, Jose and Igor took a photo together, as promised. 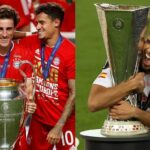 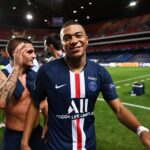