The last fortnight continues to go from bad to worse for Kylian Mbappe. The 22-year-old failed in the Champions League with Paris Saint-Germain but he did get on the scoreboard for France.

However, his path to redemption has been cut short. The Mirror has reported that Mbappe has tested positive for Covid-19 and has been sent to quarantine.

The France attacker is asymptomatic and will self-isolate. Les Bleus have decided to withdraw him from the team and he will not take the field against Croatia.

Mirror reported that Mbappe is the seventh Paris Saint-Germain player to test positive for Covid-19. He follows Angel di Maria and Neymar Jr on the list.

Mauro Icardi, Leandro Paredes, Keylor Navas and Marquinhos are the other players who have tested positive.

PSG’s Ligue 1 plans have been put into question. They were supposed to begin their domestic campaign against Marseille. However, with seven players on the coronovirus list, the match will have to be postponed. 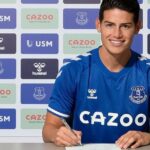 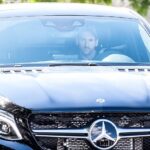 Messi is back training at Barcelona