Chelsea was hit by transfer ban at the start of Frank Lampard’s tenure as manager.

With the sale of Eden Hazard their talisman to Real Madrid, Chelsea squad was looking miserable to say the least.

However, Lampard put his faith in the youth and it has turned out really good for them.

His former teammate and club legend John Terry has been impressed with Lampard’s squad and thinks they will only get better next season.

However, if they could add someone like Jadon Sancho to their ranks things can only bet better.

“I think the young lads have shown their potential.”

“The likes of Tammy and Mason coming into the squad and they’ve shown that they’re capable of playing.”

“I think Sancho is one of the best young players in the world at the moment, so he’d be a great addition to Chelsea’s squad.”

“It would make us better as well.”

Olmo not happy with Barcelona for their transfer conduct 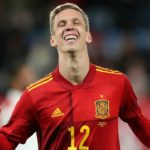 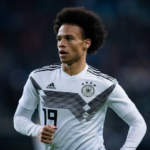