Often referred to as the next big thing, Kylian Mbappe is touted to take the center stage of world football once Cristiano Ronaldo and Lionel Messi hang up their boots.

The forward made a big-money switch to Paris Saint-Germain after guiding Monaco to a Ligue 1 title back in 2017. He has scored 90 goals from 120 games ever since and has formed an impressive partnership with Neymar.

Former PSG boss Jean-Michel Larque would rather pick the Frenchman over the Brazilian if he had the chance to clone any one of them.

“In my team, I would prefer to have two Mbappes over two Neymars,” Larque told RMC Sport:

“Neymar gives you levels of excitement that Mbappe can’t. But the difference in age is what makes me go with Mbappe.”

While the duo are much appreciated by the fans, their antics often make them a subject of criticism. Mbappe was earlier spotted having outbursts with manager Thomas Tuchel upon being substituted.

“Kylian has not always been an exemplary footballer,” he added.

“He has gotten carried away with himself and acted in contradictory ways. But I would prefer two Mbappes in my team than two Neymars.” 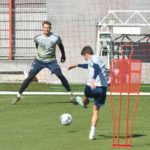 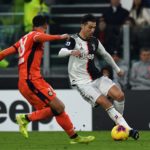