Tuttosport report that an agreement has been reached for the termination of Gonzalo Higuain’s Juventus contract and a farewell is imminent.

The 33-year-old has been on the verge of leaving with his agent-brother having arrived in Turin just days ago to finalise the termination of his deal with the Bianconeri.

According to Tuttosport, a deal has now been agreed with Pipita set to earn just under 50% of what he was due for the final year of his contract with the Old Lady.

Higuain is expected to leave the club in the coming days and has already reportedly said his farewells to teammates and Juve management with a move to MLS side Inter Miami looking most likely.

The striker is no longer considered part of Juve’s plans with new coach Andrea Pirlo confirming he would be leaving the club:

“He was a great champion, a great player but the cycle is over.

“We looked each other in the eyes, we talked and we made this decision. I admire him a lot, but we have decided that the paths will separate.” – Pirlo, speaking at his first press conference as head coach.

The Argentine spent three seasons in Turin with the Bianconeri, scoring 66 goals in 148 appearances, winning three Serie A titles as well as two Coppa Italia trophies. 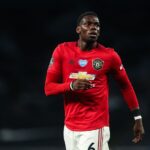 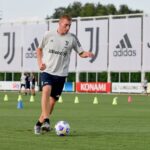 Ronaldo on Kulusevski – He is a great talent