The day Cristiano Ronaldo finally retires will be a very sad one for the entire football world. Although the 35-year-old has reiterated plans to continue his playing career for a while longer.

He has even suggested that we could still see him out on the pitch into his 40s, which would be incredible. It won’t be easy, but that’s exactly the challenge that Ronaldo relishes.

The Juventus superstar is also in top physical condition, having spent countless hours working hard in that area. It’s enabled him to stay on top of his game.

Like every other legend, though, Ronaldo will have to hang up the boots someday whether or not we like it. So here are five possible options where we could see him after he retires from football.

Cristiano Ronaldo made a surprise announcement last December in expressing an interest towards acting. Should Ronaldo pursue this option, there be an abundance of offers from the biggest film industries around the world.

He will likely take on a blockbuster role or something similar.

“I hope I live more than 50 years to learn new things and face different challenges and try to find solutions for them,” said Ronaldo in Dubai.

“One of the things that I seek to challenge myself in, for example, is acting in a movie.”

Always challenge yourself! 👌For me it’s time to study 🤓

He gave up his education at 14 in order to fully concentrate on making it as a professional footballer. Of course, we all know how well that one worked out in the end.

But there are plenty of educated football players out there. Andres Iniesta, for example, has a Biology degree and Juan Mata holds a degree in journalism.

And Ronaldo himself has recently shown an interest in resuming his education when he retires.

“I always recommend learning all that is new. This is what I always strive for,” said Cristiano.

“I always seek to educate myself, because my studies tend to answer many of the questions on my mind.

“We have to learn the best of others, and this is an important part in helping me achieve what I have reached now.”

It’s becoming a more common sight to see players enter management once their playing days are finally over.

As you may recall, he got injured early on against France and joined Portugal boss Fernando Santos in ‘coaching’ the players on the touchline.

“Right now, I’m not interested in becoming a coach, but maybe one day I will be bored and I will feel like it,” he told DAZN as per Goal.

“If I became a coach, I would be a motivator, the coach must pass on his passion and talent to the team. For example, I like to have fun, dribble, shoot, score goals, I should pass this on to the team, as a motivator.”

I’m ready to Play It Cool! Are you?😉 #CR7PlayItCool

Cristiano has built the CR7′ brand fabulously over the years. It’s earned him a huge chunk of money from a clothing line to even his own hotels, known as Pestana CR7. Cristiano recently opened a hair transplant clinic in Madrid as well.

“The last five years I start to enjoy this process of seeing me outside of football, so who knows what will happen in the next year or two?” he told SportsBible in January.

“It has taken many years of hard work, dedication and passion to achieve what I have in football.”

“Outside of football I’m not there yet, but I’m a competitive guy and I don’t like to be the number two or number three. I always want to be number one. I will do it, 100 per cent.”

The 35-year-old has spent most of his life in the spotlight and has never complained before. However, he’s now got a family of young children and tries to keep his private life…well private.

In an interview with Piers Morgan last September, Ronaldo opened up on life as a global icon. “A part of it is fantastic: famous, first page of newspaper,” said Ronaldo.

“After all this time, I want some privacy. In the last ten years, my privacy has gone.

“I haven’t been to the park with my kids. When you are in public, you cannot be yourself. It is too late to change.”

Chances of Ronaldo disappearing altogether are very small. But he could still move away from the spotlight and lead a more normal life, especially as money will never be an issue. 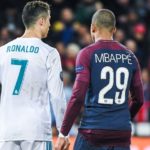 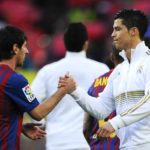