Neymar has spoken highly of his Paris Saint-Germain attacking partner Kylian Mbappe, fueling speculation that he could sign a new contract with the club soon.

The Brazilian superstar joined PSG in the summer of 2017, but his future has been a hot topic in Paris for much of his time there.

Despite rumours of a possible return to Barcelona this season, Neymar has seemed at ease in Paris and has spoken positively about the impact of teammate Mbappe on his own happiness.

“He taught me a lot about how to ‘be French,'” Neymar said in an interview with France Football.

“He explained the mentality of the French to me.

“I owe a large part of my adaptation to him, and, therefore, my happiness to be here.

“First of all, I was very touched by the man he is. Kylian is very considerate, always happy, polite and kind to everyone. He is a very beautiful person. That’s why we’ve got along so well since our first contact.

“Then, of course, I had the opportunity to watch him train, to observe his speed, his dribbling repertoire, his intelligence and to see his humility to keep evolving. There, I said to myself: ‘he is our golden boy!’

“Speed alone doesn’t mean anything. You have to be smart to use it properly, and Kylian is. He is not only very smart and fast, but he also has a huge repertoire of dribbling.”

Neymar to stay at PSG

It had been speculated that the 29-year-old was considering a return to Barcelona to reunite with Lionel Messi, but it has now been revealed that he prefers to stay in Paris.

Quotes from Neymar’s entourage have been relayed to France Football by Fabrizio Romano, amid reports that a deal until 2026 has been hammered out.

Romano quotes members of Neymar’s camp as saying, “Neymar wants to stay at PSG.” “He notices the club’s expansion. The project appeals to him.”

“Mbappe is the rightful successor to Messi and Ronaldo,” Trezeguet says of PSG’s star 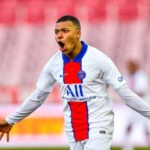 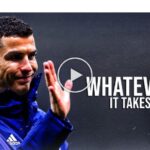