After a crazy summer transfer window, we need to take a closer look at the Top 5 biggest losers in a very busy final week. Due to the ongoing pandemic, this year’s market extended all the way to October 5 and many clubs benefited from it.

However, the crisis also affected other institutions as they failed to meet the targets they had. Let’s see which clubs were the biggest disappointments for the fans after the transfer deadline.

Although some wouldn’t consider this transfer window a disaster for Real Madrid, Los Blancos hadn’t gone without making a single purchase in 40 years. We would have to go all the way back to 1980 to find the last time they decided not to sign a player. In fact, not signing players is not normal even for clubs that aren’t powerful like Real Madrid. We already revealed the big plan that Florentino has, but the Spanish giants deserve a spot on this list just for not making the headlines.

Cristiano Ronaldo’s biggest concern for two seasons straight was to not get the proper teammates who could help him win the UEFA Champions League. But Juventus is still a club with certain limitations that won’t spend more money than what they already have. Judging on the competition they have in English football and Germany, the players they signed aren’t top level like Ronaldo. They got Arthur, Morata, Mc Kennie, and Chiesa. But we still have to wait and see if they will be enough to fight for the title under Andrea Pirlo.

Even though they did sign a good defender before deadline day, Manchester City had a chance to make history and they missed it. They could’ve signed Lionel Messi and become instant title contenders. All they needed to do was make a proper offer for the Argentine in order to convince FC Barcelona to let him leave. We know that the €700 million release clause was impossible to match in this day and age. However, nothing prevented them from making a €250 million offer. That was the only window of opportunity they had and they blew it.

The Red Devils aren’t top of this list only because they did manage to sign some interesting players in the end. They got a veteran Edinson Cavani and a promising Donny Van de Beek alongside other young talents. However, the Red Devils are still unwilling to make proper offers for the players they really want. Jadon Sancho and Jack Grealish were the most obvious targets they would get and they blew their chances to sign them. Manchester United supporters might never stop fuming at Ed Woodward and the Glazers for this disaster.

The major disappointment that FC Barcelona has been giving the fans can only be described as a revenge from the president to the people who want him out. Josep Maria Bartomeu seems dead set on a mission to completely destroy the club before he gets kicked out of it. He nearly did it this week after letting players leave for no money and failing to sign Ronald Koeman’s targets in the transfer window. The only good deed he completed was preventing Messi from leaving the club, but even that comes into question with the squad’s current finances. Dark times are coming for FC Barcelona. 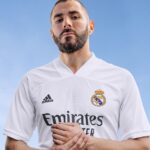 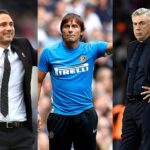