The 35-year-old Spaniard, who has been playing in Japan for Sagan Tosu since leaving Atletico Madrid last year, scored more than 100 goals across two spells at his boyhood club Atletico Madrid, also played for Premier League sides Liverpool and Chelsea and Italy’s AC Milan.

“After 18 exciting years, the time has come to put an end to my football career,”

The 35-year-old wrote on Twitter, adding that he would hold a news conference in Japan on Sunday to explain his decision.

He scored 38 goals in 110 appearances for his country in total, making him Spain’s country’s third-highest goalscorer behind David Villa (59) and Raul (44).

After breaking through at hometown club Atletico, Torres moved to Liverpool in July 2007 and scored 24 Premier League goals in his first campaign in England. He went on to score 81 goals in 142 games across all competitions.

He moved to Chelsea for a then British record fee of £50million, and helped them win the Champions League, FA Cup and Europa League.

After three disappointing seasons with Chelsea in which he only scored 20 league goals in over 100 games, the spaniard moved to AC Milan on a loan spell and then moved back to his boyhood club Atletico Madrid. 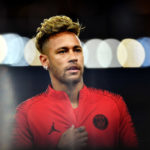 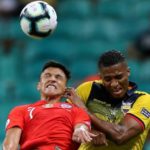