Eden Hazard is injured again and will miss the match against Real Valladolid.

Real Madrid fans were rubbing their hands with glee when Zinedine Zidane included Hazard in his 23-man squad to face Valladolid on Wednesday evening.

The Belgian was seemingly on his way back into the fold after struggles for fitness saw him miss Los Blancos’ opening two games of the new LaLiga campaign away to Real Sociedad and Real Betis.

But Hazard made promising progress over the last week, leading Zidane to claim that a return was ‘very close’ on Tuesday. The head coach’s decision to include him for Valladolid vindicated his belief.

It turned out to be a false ray of hope, however, as Real Madrid have announced he’s suffered a muscular injury in his right leg.

“Following tests carried out today on our player, Eden Hazard, by Real Madrid Medical Services, he has been diagnosed with a muscle injury in his right leg. His recovery will continue to be assessed,” read a statement on the club’s website.

No return date was announced, but multiple sources in the Spanish press believe Hazard may be unavailable for around four weeks. 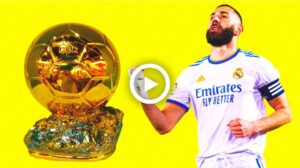